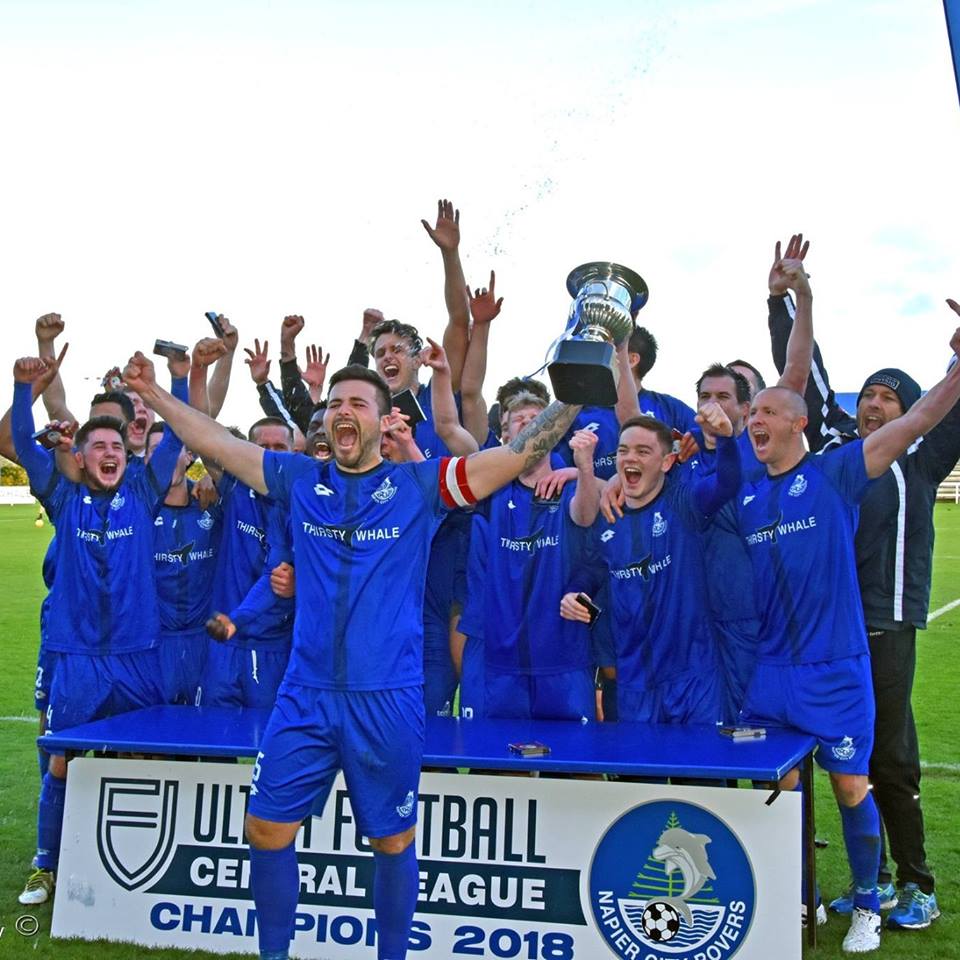 Napier City Rovers overcame a nervy final game to clinch the Central League title on the final day of the season.

Napier needed only a win or draw in their final match against Wairarapa United to claim their first title since 2015 and were in control for most of Saturday’s match against at Park Island after Golden Boot winner Martin Bueno scored his 22nd league goal of the season in the 22nd minute.

It appeared as though they would cruise to the finish when Wairarapa striker Hamish Watson was sent off for a second bookable offence in the 76th minute, but Paul Ifill ensured a few hearts skipped a couple of beats when scoring in the 87th minute.

But the Rovers’ Bjorn Christensen struck two minutes into stoppage time to secure the 2-1 win and the league title, with the Bill Robertson-coached side amassing an impressive 46 points.

It meant disappointment for Western Suburbs, who hammered relegated Havelock North Wanderers 7-1 at Endeavour Park thanks to a hat-trick to Nati Hailemariam. The result was in vain as they finished three points behind Rovers, 11 clear of third-placed Stop Out. Wests still have at least one more game this season as they take on Cashmere Technical in the semifinals of the Chatham Cup in Christchurch next Saturday.

Stop Out rounded out their season with a 2-0 win over Wellington United, while Waterside Karori beat Miramar Rangers 2-1 to end their battling campaign on a high note.

Wellington United closed out their stunning undefeated W-League campaign with a 12-0 win over Western Suburbs.

That was the champions’ 14th win of the league season, with just one draw preventing them making it a perfect 15 wins from 15. They now take on Dunedin Technical in the Kate Sheppard Cup semfinals at Newtown Park this Saturday.

Second-placed Wairarapa finished with a 5-0 win over Palmerston North Marist, while Seatoun continued their late-season form with a 5-1 win against Upper Hutt City.

They will be joined in the W-League next year by Victoria University, who finished their season with a 4-0 win over Wellington United’s reserves.

Brooklyn Northern United lost 3-1 to Petone, but avoided the second potential relegation position after Island Bay United were held to a 3-3 draw by bottom team Stop Out.