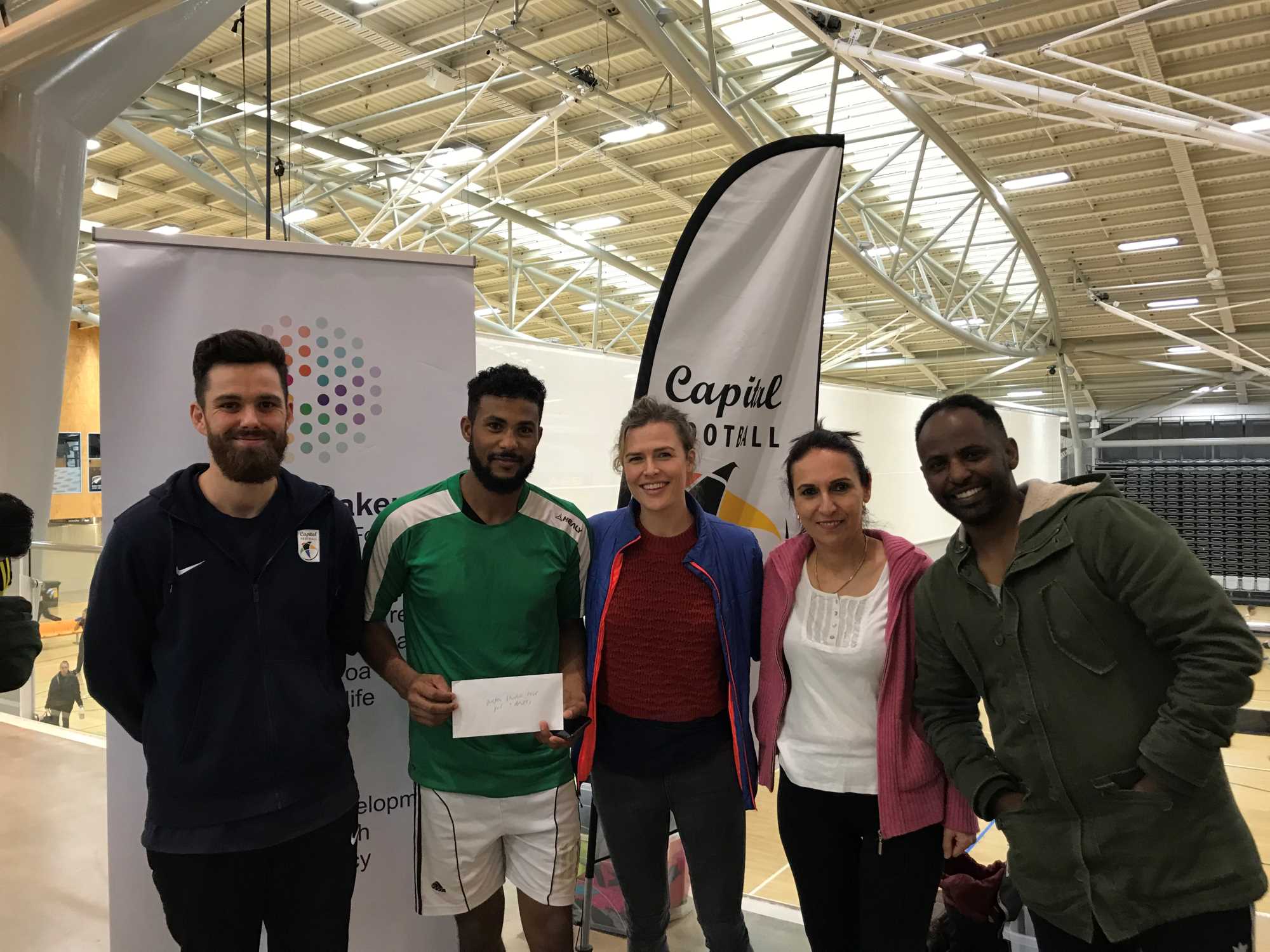 Sunday the 23rd of June saw the refugee communities of Wellington come together to celebrate World Refugee Day.

In conjunction with ChangeMakers Resettlement Forum, The Wellington Phoenix and Better Football, Capital Football hosted a futsal tournament at the ASB Sports Centre to provide a forum for the refugee communities of Wellington to come together and celebrate not only their new beginnings but their nationality, roots and diverse cultures as well.

ChangeMakers Resettlement Forum is a refugee led, non-government organisation representing over 17 refugee communities in Wellington. Established in 2006 after a body of work was completed to highlight the necessity that people of a refugee background had input into the policy and service delivery of refugee resettlement, ChangeMakers has been at the forefront of representing and delivering research and community activities for refugee communities in Wellington.

The tournament was implemented to coincide with the United Nations World Refugee Day on the 20TH of June and saw eight teams take the court with a hotly contested round robin competition followed by the even more anticipated final playoffs. Nationalities represented included players from Columbia, Eritrean, Syria, Afghan and Iran with the final match of the day seeing the “Ethiolions” from Ethiopia pip the Assyrians “Assyria” in a come from behind 5-4 win to take out the tournament.

ChangeMakers General Manager Lexy Seedhouse was on hand to conduct prizegiving at the conclusion of the tournament. Prizes generously supplied by the Wellington Phoenix FC were awarded to the player of the tournament, Fisum Adun, the runners up, Assyria, with spot prizes also handed out throughout the day. Better Football’s Mike Anderson was also on hand to present free registration for Better Football’s summer leagues to the overall winners Ethiolions.

With 8 teams registered for the first instalment, ChangeMakers, Better Football, The Wellington Phoenix  FC and Capital Football are all looking forward to the development and growth of the tournament and the second instalment next year.

The futsal tournament was not the only celebration around the city, with the World Refugee Party being held earlier in the week down on the Waterfront at the New Zealand Portrait Gallery. The free event provided an opportunity for people from across Wellington to celebrate the diverse city and welcome its newest members from refugee backgrounds. For more information on refugee communities and events in Wellington, please head to the ChangeMakers website HERE, find all tournament results HERE and final placings below.

Capital Football would like to thank everybody for their efforts over the course of the day, to the referees who officated professionally and to all organisations involved in bringing the day to light.