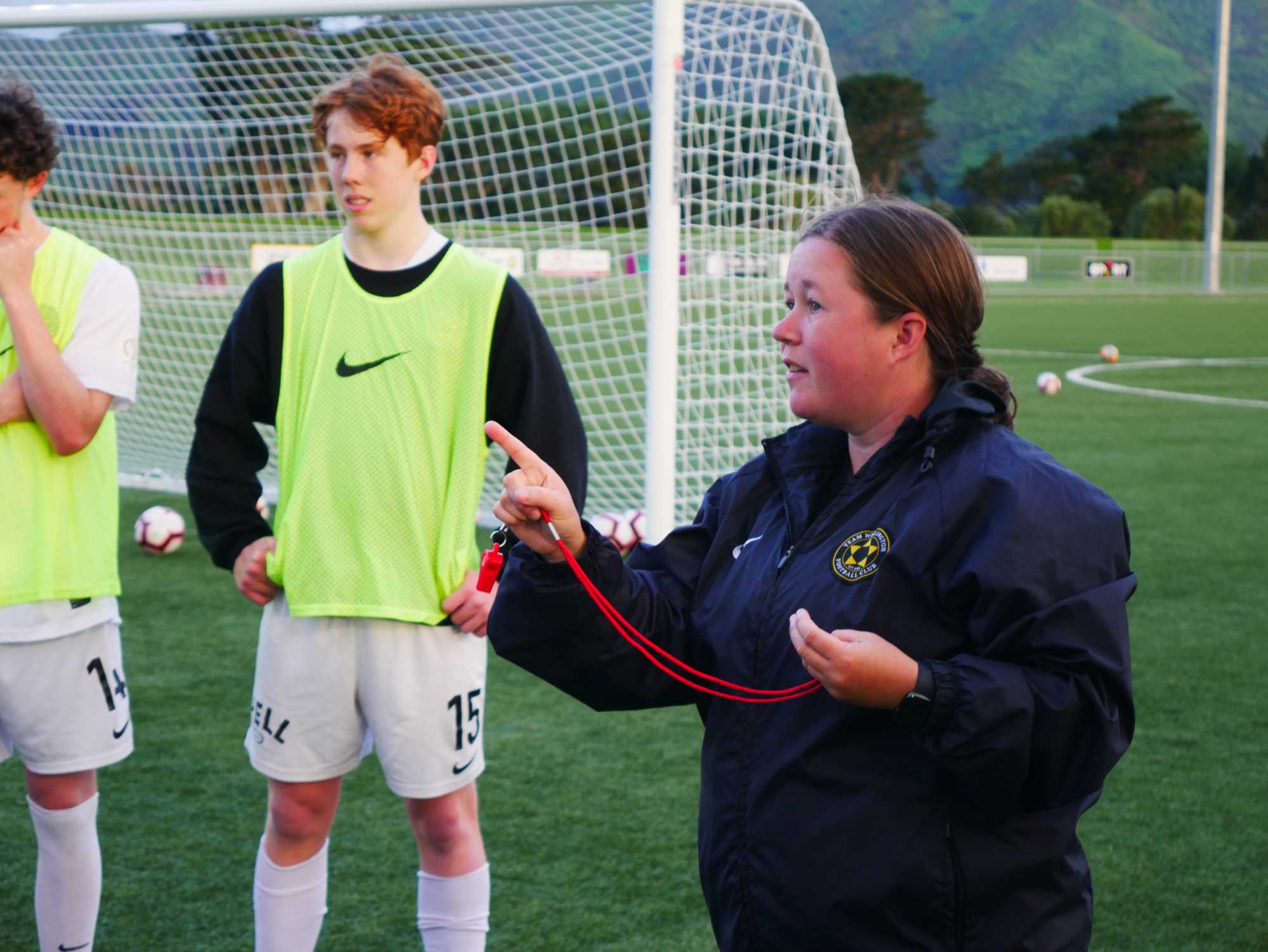 After returning to Capital Football in 2018 from a hiatus in Canada, Natalie has accepted the position with New Zealand Football.  Natalie’s made waves in the football community by being the first female to be a head coach in the men’s National Youth League, ran a successful 2019 National Age Group Tournament, coached the National Women’s League Squad and led the implementation of both the Talent Development Programme and the Girls Talent Acceleration Programme.

Steeve Sharpe, Capital Football’s Federation Development Manager, was pleased for Natalie’s development opportunity and expressed his gratitude for her efforts over the past 18 months.

“It’s a fantastic opportunity for Natalie to continue developing her football career. She made such a positive impact on players, coaches and clubs in her time here, we have no doubt that she will do the same for New Zealand Football”.

As we start the new year, Katie and Ashleigh will join Capital Football as Federation Development Officers.

Ashleigh, who moves down from Auckland as a qualified primary school teacher, has a background in football, playing for Ellerslie and Eastern Suburbs through the age groups and having coached an Auckland Football Federation National Age Group Tournament team at the recent 2019 tournament. She has also achieved the New Zealand Football Futsal Level 1 qualification and has had previous ties to the Capital, having grown up in Ngaio and taking the field for Onslow in her junior years.

Katie, a familiar face in the football community, has been a National Women’s League and Futsal SupreLeague player for Capital for the past nine years, a NAGT and Youth Futsal Championship Head Coach as well as previously being the Waterside Karori Girl’s Football Director.

Steeve Sharpe was excited by the different experiences both Ashleigh and Katie brought with them and the opportunities to get involved with the development of football in the region.

“We are very pleased to have both Ashleigh and Katie on board for 2020. Ash’s background in teaching, football and futsal will be a great resource for not only Capital Football but the clubs she will be working directly with. Katie has been involved in one way or another with Capital Football for a few years now and we know the rapport she has built within the footballing community will be an exceptional asset.”

Katie and Ashleigh will begin their new roles on the week of the 20th, with Natalie concluding her time here at the end of 2019. With Natalie moving on, we congratulate Maia Vink on moving into the National Women’s League Head Coach position. Maia’s coaching ability and natural confidence around the group sees her comfortably step into the role for the 2020 campaign.