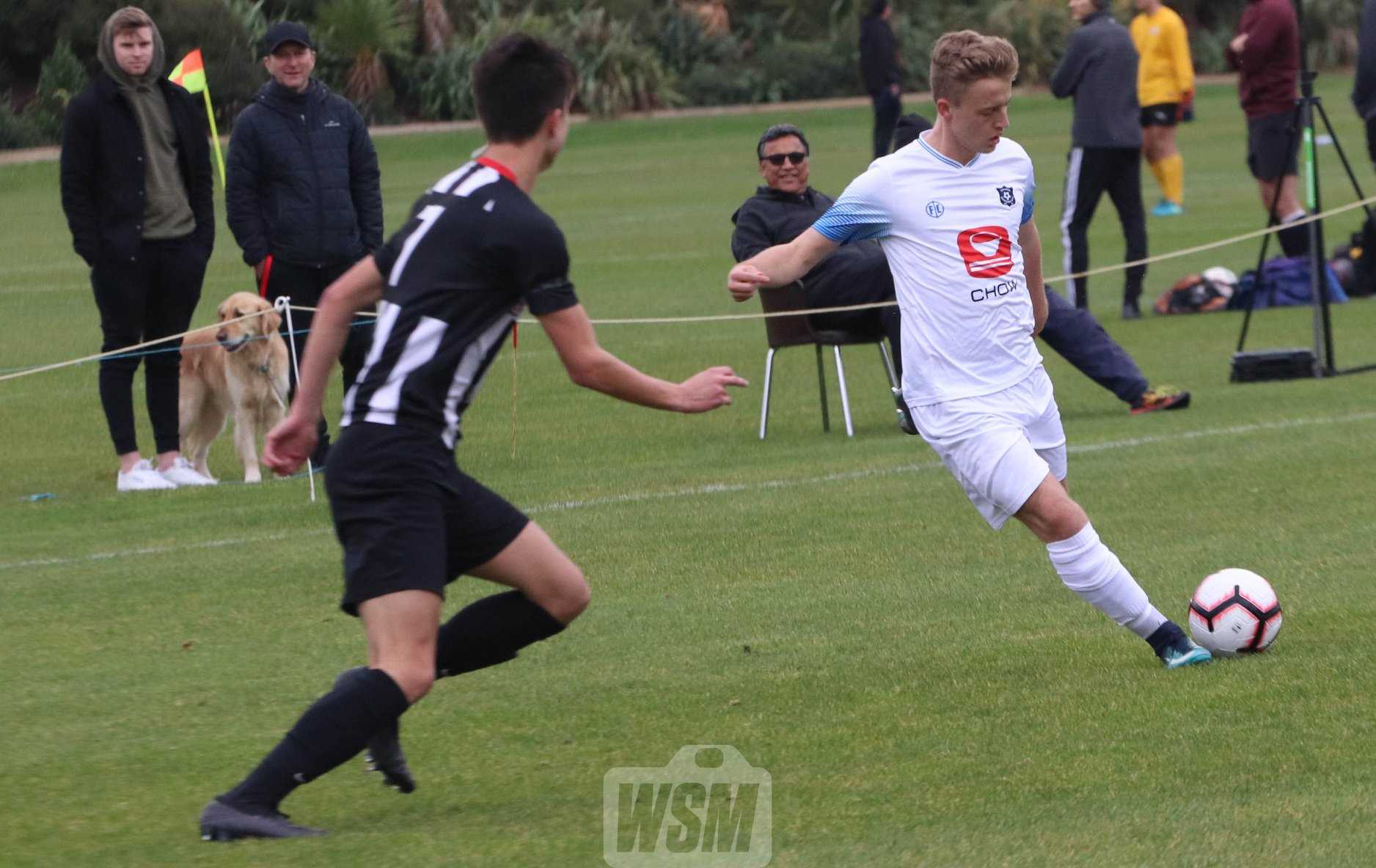 Tor Davenport-Petersen opened the scored with a superb volley in the 22nd minute, before Jack-Henry Sinclair capped the 2-0 win with his goal in the 49th minute.

That was Olympic’s fourth win on the trot after losing their first two games of the season, while it was Wests’ first loss of the year.

That result allowed Miramar Rangers to move to the top of the table on goal difference after their resounding 4-0 away win over Waterside Karori.

Sam Mason-Smith extended his lead in the Golden Boot with two goals, while Jorge Akers and an own goal from Karori’s Dominic McCann featured in the victory.

The game of the round was at Park Island in Napier as Lower Hutt City secured an entertaining 5-4 win over Napier City Rovers.

Lower Hutt found themselves down 3-0 inside nine minutes, but clawed it back to 3-2 by halftime. Ben Old and Henry Hamilton pushed them to 4-3 up after 64 minutes before Gavin Hoy struck back with his second goal of the match in the 78th minute, only for Oskar van Hattum to secure the three points for the visitors with a cool finish six minutes from time – his second goal of the match.

Stop Out and North Wellington got their second wins of the season after a 3-1 and 6-0 triumphs over Petone and Wairarapa United respectively.

In the Ultra Football W-League, normal service resumed as defending champions Wellington United won 9-0 against North Wellington, bouncing back from their 1-0 loss to Waterside Karori last weekend. Jemma Robertson celebrated her 100th game for the Diamonds with a brace.

Karori were unable to back up that performance as they were held to a 0-0 draw by Petone.

Palmerston North Marist kept pace with Wellington United at the top of the table with a 2-0 win over Wairarapa United, while Seatoun and Western Suburbs drew 1-1.

Around the grounds, the dream is over for the Waterside Karori Dreamers as their run of 58 consecutive victories came to an end in Masters 1 when they suffered a nightmareish 0-0 draw with North Wellington Villa at Karori Park.

In the Wellington leagues, three North Wellington teams, the Marrons, Rebels and Rampage, combined for a 35-2 aggregate win over their three opponents.

The round one winners were found in Women’s 1, 2 and 3, as Upper Hutt Women’s 1sts, North Wellington New World Churton Park and KCU Women’s Reserves took out their respective divisions.