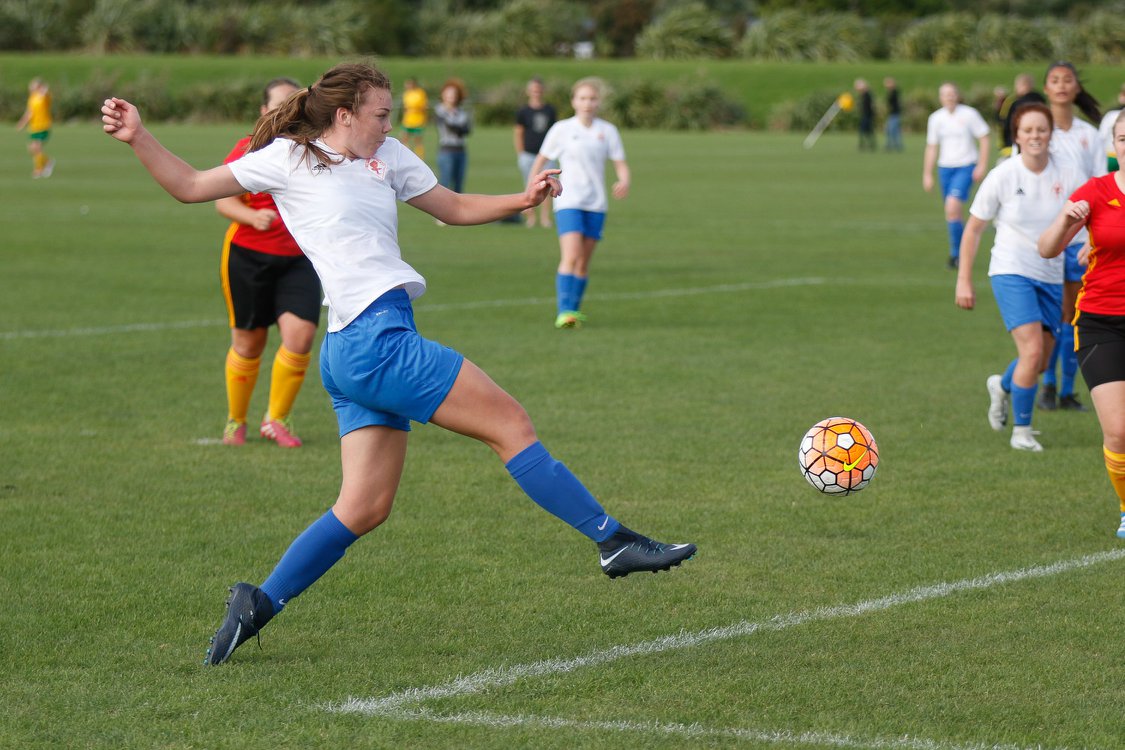 Wellington United have sounded an early warning to the rest of the W-League teams with a resounding win over defending champions Upper Hutt City.

A Jemma Robertson hat-trick ensured Wellington were in cruise control for most of their 4-0 win at Newtown Park after Genevieve Berry got their first goal in just the eighth minute.

But they could face stern opposition this season from Palmerston North Marist, who laid down their early-season credentials with a 4-1 win over Seatoun on Wellington’s south coast. Torijan Tyne-Lewis matched Robertson’s effort with a hat-trick of her own, getting all three of her goals in a 19-minute spurt in the first half.

Wairarapa United got the first W-League win in their history after going winless in the inaugural season last year when beating newcomers Western Suburbs 3-0. That wasn’t the worst result for Wests given they were still holding open trials for players the week before the competition started after Stop Out were a late withdrawal.

Wellington United’s men’s team also kept their fast start going in the Ultra Football Central League with a 6-0 thrashing of Havelock North Wanderers. Willem Ebbinge was their chief destroyer this week with a hat-trick, although last week’s four-goal man Calvin Harris also chipped in with one in the 25th minute, which made it 4-0 at that stage, to maintain his lead in the Golden Boot standings.

Napier City Rovers, Stop Out, and Wellington Olympic all moved to six points with wins over the weekend, opening up a four-point gap to fifth-placed Western Suburbs at this early stage.

Napier were too strong for Miramar Rangers, winning 4-1, while Stop Out eased past Lower Hutt City in the Hutt Valley Derby with a 2-1 win, and Olympic were 3-2 winners over Waterside Karori.

The top-two from last year, Western Suburbs and Wairarapa United, played out a 1-1 draw.

In the Capital Premier division, Petone’s early-season struggles continued with a 3-1 loss to Miramar’s reserves. All the goals came in the final half hours of that one.

Lower Hutt’s reserves are pacing the rest of the field with six points after they beat Island Bay United 1-0.

In the opening round of the Women's Premier competition, Wellington United's Sapphires followed the lead of their W-League team in completely dominating Stop Out. The 9-0 win indicates that last season's runaway winners are the team to beat again in 2018.

Elsewhere, Brooklyn Northern United also had a comfortable win, beating Island Bay 4-0. The other two games were decided by a single goal as Victoria University and Waterside Karori enjoyed winning starts to the season.

Image: Holly Kelman of the Wellington United Sapphires fires off a shot in their opening round Women's Premier clash with Stop Out. Photo by Michael Welsh.