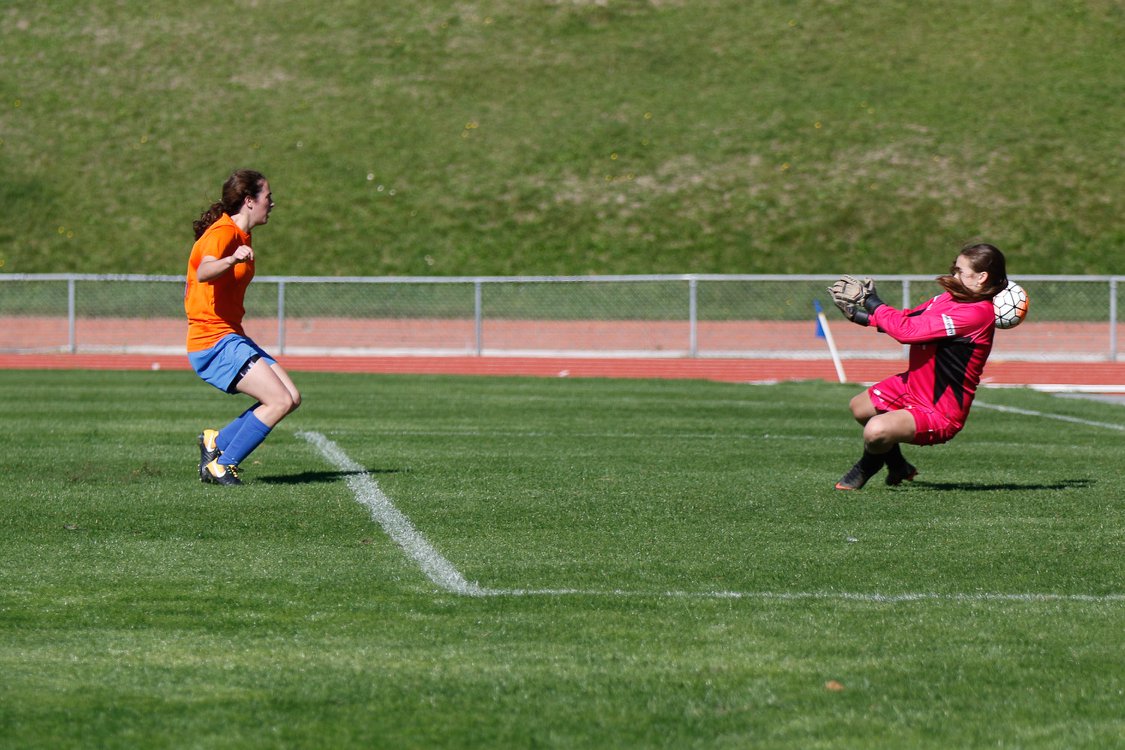 Wellington United underlined their W-League favouritism with a hard-fought victory over Wairarapa United on Saturday.

The 1-0 win at Newtown Park, courtesy of a 38th-minute goal from Jemma Robertson, pushed the league-leaders five points clear of Wairarapa at the top of the table on 12 points.

Joining Wairarapa on seven points were Upper Hutt City after Football Fern Sarah Gregorius inspired them to a 6-3 win over Palmerston North Marist.

She scored four goals in the match, while Bria Sargent and Becky Stewart added the other two. Jess Mason’s brace and a goal from Charlotte Noakes brought the score back to 4-3 in the 63rd minute, only for Gregorius to score her final two goals in the last 22 minutes to seal the win.

Western Suburbs picked up their first ever W-League win when Alexandra Gray’s brace saw them beat winless Seatoun 2-1 in the round’s other match.

In the women’s Premier League, Waterside Karori and Victoria University pushed three points clear of third-placed Wellington United with wins at the weekend.

Meanwhile, Napier City Rovers have moved five points clear at the top of the Ultra Football Central League thanks to their 6-1 derby win over Havelock North Wanderers. Japanese import Sho Goto grabbed a hat-trick in the win.

Wellington United were strong 4-1 winners over Wellington Olympic to continue their strong start.

Golden Boot leader Calvin Harris had a mixed day. He grabbed a brace, including a superb shot on the turn from outside the box to put his side up 3-1 in the 65th minute.

But six minutes later he was given his marching orders for a second bookable offence. Wellington coach Paul Temple was then ordered from the sidelines for something he said.

The red card mattered little in the end, with Wellington’s Ben Waine finishing off a brace of his own when firing home the killer blow in the 71st minute.

Olympic were not without their chances though. They would've been disappointed with their first half and found themselves trailing 2-0 at the break, but got back in the game through a Christian Baz penalty eight minutes into the second half. After Harris’ second goal they had the misfortune of both Gavin Hoy and Many Achol striking the post in the same play.

In other results, Stop Out moved to second after their 0-0 draw with Western Suburbs, Lower Hutt City continued their good form with a 1-0 win over Waterside Karori and Wairarapa United returned to winning ways with a 4-1 victory against Miramar Rangers.

The Capital Premier division looks like North Wellington’s to lose after their major rivals all stumbled over the weekend.

A Maksym Kowal hat-trick earned them a 7-1 win over Lower Hutt’s reserves.

The teams in second through fifth all lost, meaning North Wellington have an eight-point lead at the top of the table.

The biggest results were Tawa beating Petone 3-0 and Olympic’s reserves putting five past Island Bay United in a 5-2 win. Upper Hutt City won 4-1 against Wests’ reserves, while Kapiti Coast United got their third-straight win with a 1-0 triumph over Miramar’s reserves.